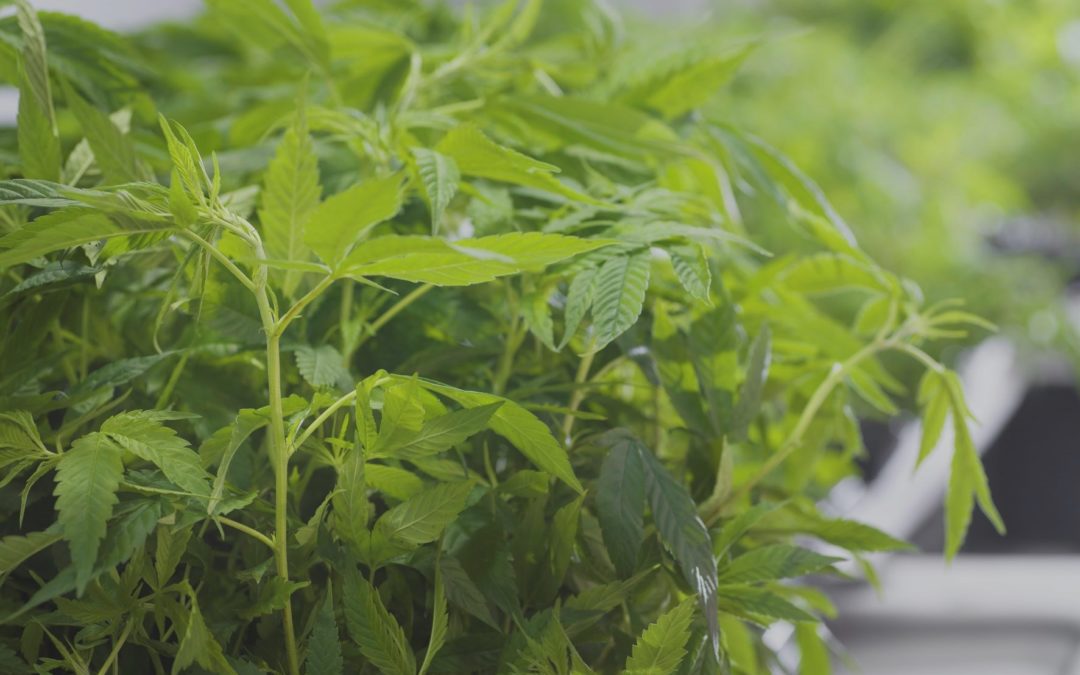 A 2021 study by Canadian researchers examined genetic variation within the same cannabis plant.  The results showed the highest degree of variation at the top of the plant, followed by the bottom, and the least variation in the middle of the plant.  The genes affected included those responsible for cannabinoid and terpene production, meaning clones cut from these different areas will have different chemical profiles from the mother plant and each other.  To preserve the most consistent genetic profile from one harvest to the next, the researchers suggest taking clones from the middle of the plant and replacing mother plants more frequently.

One of the many challenges cannabis faces in being adopted by mainstream medical practitioners is the production of a consistent chemical profile in whole flower.  The medical and pharmaceutical industries rely on standardized single molecule therapeutics, whereas whole plant cannabis, contains at least 540 identified compounds[1].  These chemicals include cannabinoids, terpenes, and flavonoids.   While cannabinoids get most of the attention, other compounds in the plant “have also been associated with potent health-promoting properties”[2].

Changing the levels of any of these compounds affects the bioactivity of the finished product, so the goal in cannabis production is typically to produce cultivars (often called “strains”) that have a consistent chemical profile from harvest to harvest.  To accomplish this, most cultivators cut clones from mother plants with a desirable chemical profile “to produce genetically uniform propagules”[3].  However, a 2021 study by Canadian researchers found that even the same cannabis plant has pronounced genetic variation from one part of the plant to another, likely due to somatic mutation[3].

What is somatic mutation?

As the plant grows, its different parts are exposed to different conditions, and “each accumulates a unique set of somatic mutations that leads to genetic diversity within a plant”[3].  This means that the top, middle, and bottom of the plant will all express different mutations based on the growing conditions each region experiences.  This type of genetic variation on the same plant has been observed in some species of cherry and beech tree[3].

What did the researchers do?

The mother cannabis plant (Honey Banana cultivar) used for the study was grown from seed in soil and kept in a vegetative state by using an 18 hour on, 6 hour off light cycle for 18 months.  Researchers then cut samples from the top, middle, and bottom of the plant and placed them in a freezer for preservation.  DNA was extracted from the frozen samples and analyzed for a complete genome.  The testing method was verified for accuracy by conducting a second sequencing from one of the samples, which was shown to be near identical to the first results.  The researchers then investigated the type of genes affected by the mutations to determine what effects it could have on the production of cannabinoids and terpenes.

What did they find?

As observed with other plants, this cannabis plant demonstrated genetic variation among the three sampled regions (top, middle, bottom).  “[T]he top sample contained the most unique variants at 34% (592,000), followed by the bottom with 12% (147,000) and the middle with 9% (77,000)”[3].  High-impact variants were then categorized and compared across plant regions.  Some were common to all regions, but the top of the plant showed the largest percentage of unique high-impact variations.

What does this mean for cultivators?

The natural life cycle of cannabis is anywhere from 3-6 months depending on cultivar and growing region, allowing “an unknown but manageable amount of somatic mutations to accumulate”[3].  Cannabis mother plants, however, are commonly kept in a vegetative state for long periods of time and used to cut hundreds of clones.  This is done in effort to preserve desired genetic and chemical profiles, but the present study shows that at 18 months old, there is significant genetic variation present in the same mother plant.

The researchers propose that the somatic mutations of a plant continue to accumulate over its life cycle.  Therefore, increasing the life span of a mother plant likely increases the genetic variation present within that plant.  Additionally, as there is a wider range of genetic variation at the top of the plant vs the bottom and middle, the genetic profile of the clone will differ depending on the region it is cut from.  “Based on these data, [they] advocate replacing mother plants using cuttings from the basal portion of the plant and discourage excessively extending the life of a mother plant”[3].